Your food is making you old and what you can do about it.

Ever looked at a photo and wondered how it happened that you have aged faster over a short period of time. You think it may be genetic but look closer. This may be your food. If you are one of the millions who has been consuming the standard american diet and can not get enough, look closely because unless you do something now , it may be too late in the future.

Foods that contribute to aging include, baked goods, starches, sugars, processed foods, alcohol, energy drinks,fried foods, and vegetable oils, and of course there are more. But what these all have in common is that these all cause inflammation and are nutritionally deficient.

Ever wondered how these foods cause it. For one these foods may contain excess sodium that gives you a puffy aged appearance, and may even shorten your telomeres, the small portions of the ends of chromosomes, causing you to age faster. Other foods such as alcohol, and energy drinks cause dehydration, causing an accelerated appearnce of wrinkles. Yet other foods such as vegetable oils , fried foods and of course sugars cause free radicals and oxidative damage to your cells, further weakening your Collagen and Elastin and this further weakens your support for your skin, and gives you a non youthful appearance. These foods as well predispose you to further UV damage as defense mechanisms are weakened.

For prevention what you can do is to reduce your consumption of these foods, and adopt a healthier diet consisting of plant based foods rich in antioxidants, minerals, and low glycemic index varieties. Avoid any man made processed foods and sugars. Drink plenty of fluids and consider taking simple supplements like Vitamin D, Selenium, Glucosamine, Coq10 , Vitamin E, and Vitamin C. For those whom experienced skin changes due to aging in addition to what was mentioned, 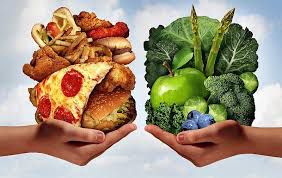 use herbs such as found in green tea, turmeric, fennel and fenugreek.

Incorporate the following foods :red grape juice,blueberries,cranberries,pomegranate juice,cacao powder,tart cherry powder, and onion which were shown to simulate antiaging affects that were were seen with fasting and calorie restriction.

Finally to achieve youth, you need to work on the cellular level, balancing hormones using natural means with nutritional herbs and supplements taken internally and exterenally . One example is Dill seed esential oil which was shown to combat the effects of aging by supplying with estrogenic effects on the skin supporting elastin, collagen muscle, and fat, keeping skin moist , supple and hydrated. Other examples include oils such as Geranium, Frankincense,Myrrh, and clary sage among others.

If you are interested in learning more about how food is affecting you, and how you can get tested for foods that are causing further inflammation, look for a functional medicine practitioner for help.

LET US HELP YOU GET HEALTHY AND STAY HEALTHY